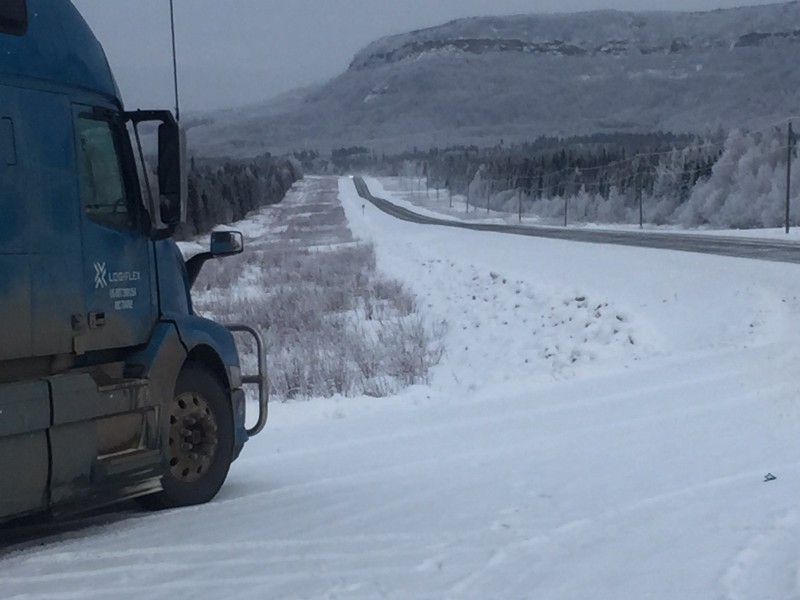 We’ve told the story from our perspective, about how we sent a truck to Alaska in January. But the better story comes from the field and our driver Marc. Here are four takeaways he took from his experience:

Be careful of the wildlife. Not just for the moose crossing the road, or the random bison grazing on the shoulder paying you and your truck no mind whatsoever. There’s more. There are eagles, lynxes, bears, and ravens. The moose generally tend to move out of the roadway. Animals want nothing to do with you unless they feel threatened, which they won’t allow themselves to be put in a position to be. The bison get mildly irritated by your air horn. Lynxes are blind to human existence, but also really want nothing to do with you. And then there are bears. They’re a lot like lynxes. They want to get away from you and be left alone. Leave them alone; they leave you alone. I think bison are the biggest threat. They are everywhere and usually in big herds. They pay no attention to their surroundings, and they are just oblivious to human existence, so be careful while driving near them. Always proceed with caution when there’s wildlife near/on the roads.

There’s not much 4G going on up in the Yukon, but if you come across electricity, you’ll probably come across a usable cell signal. Internet signal will be dodgy at best, but a phone signal isn’t impossible. Make sure that your cellular provider can grant you international roaming and be aware of your charges. I have Sprint and while my data was free, (yee freaking haw seeing as how my data sucked) my voice calls were $0.20 a minute. You should map out your route with your GPS AND Google maps (or whatever computer-based mapping system you like) ahead of time and take screenshots. You won’t have a chance to look at it again once you are out of range. Keep in mind; there is more out there on the Alaskan Highway than a truck stop guide, or app is going to tell you. I’d say that there’s a safe haven every 50–100 miles. That’s just a guess, but that’s better than what you’d find in a guidebook.

The Canadian currency has generally been worth far less than US currency for as long as I can remember. (Born and raised within 30 miles of the Canadian border.) When we were preparing for this trip, the exchange rate was $1US = $1.36CAN. That’s a pretty substantial exchange rate. Plus, most items in Canada are more expensive than they are in the States. Figure out how much you need on a daily basis and work out a budget for the entire trip through Canada. Also, it’s a good idea to exchange some funds at the Duty-Free at the border crossing. Most banks near the border, on either side, will do the same and give you the most current rate of exchange. The Duty-Free is just a bit easier.

If you’ve driven most of the lower 48, you’ve seen some pretty amazing things. The scenery is almost unexplainable. There’s a newly added variable when driving up the Alaskan Highway, and it’s called “isolation.” If you think Iowa is “isolated,” guess what, you’re wrong, if you think west Texas is desolate, guess what, you’re wrong, and if you think the drive on I-10, from California to El Paso is boring, guess what, yeah, you got the idea. You cannot fully grasp the concept of what it means to be so thoroughly and utterly alone and on your own, until you’ve driven the Alaskan Highway. It’s not in the middle of nowhere; it IS nowhere. YOU are nowhere.

Regardless of all that, AK trucking might be the most beautiful experience you ever come across in your life.

Are Truck Drivers Paid Enough - Our take on the problem

The average full-time workweek for an adult in the United States is 34.4 hours. Seems like quite the workload, but we are a nation of hard workers, and we take pride in that.

Now imagine having a worker that really pushed the line and worked twice as hard. Every week. Every month. Year after year. A 70 hour workweek is something else! Imagine the productivity if one could find such workers!

Now imagine having an entire team of these workers as part of your operation. Wouldn’t you want to reward them for their dedication?

We do! At Logiflex, we don’t have to imagine these hard workers. We call them our team of expert drivers and they are the secret behind our track record of excellence! 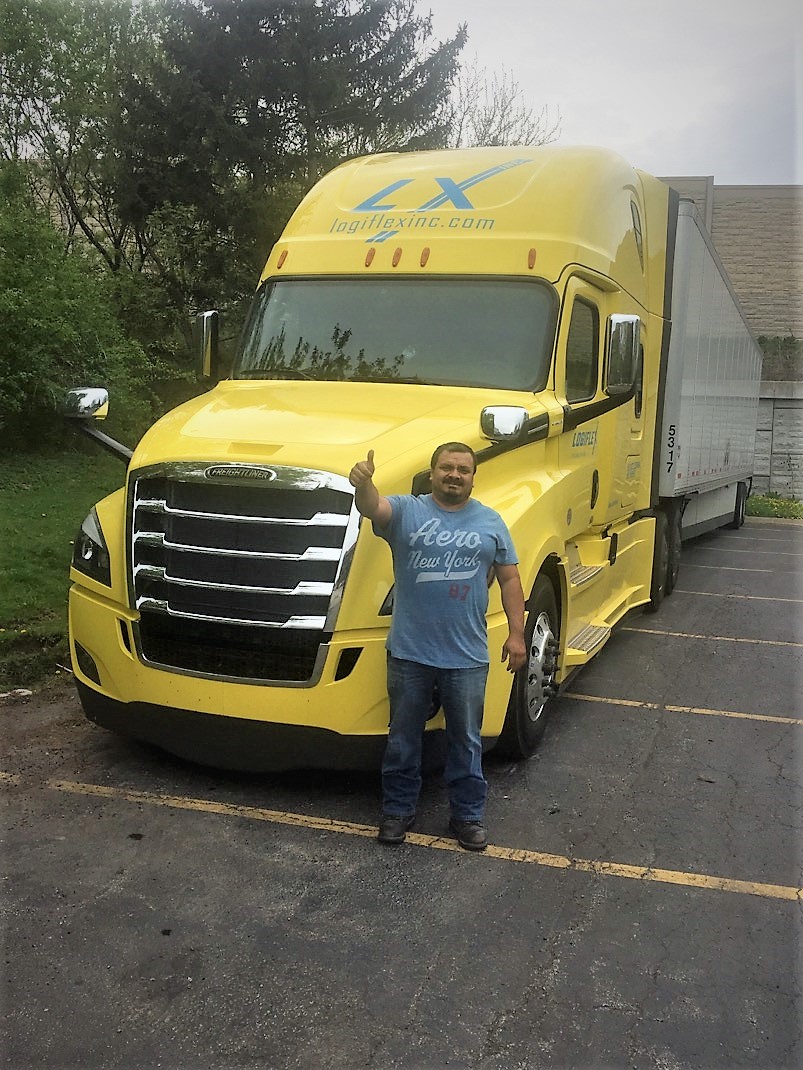 We don’t settle for mediocrity and neither should our drivers. Therefore we are introducing a compensation package that is virtually unmatched in our industry. In addition to offering medical, vision, dental, and life insurance benefits, we are now adding a 401k retirement plan and two separate payment options.

Is that the answer? This is what we think. Starting today our top runners will earn 60 cents per mile along with all the benefits and job security offered by W-2 employment. Furthermore,  we are also rolling out a different payment option for those who’ve had enough of the same old game of getting paid by the mile. Hence, we will pay those employees hourly. After all, ELDs afford you 14 on duty hours per day. And doesn’t on-duty time equal time on the job? It’s high time drivers get compensation for pre and post-trip inspections, for downtime at shippers and receivers, fueling, and of course for driving. And because driving is at the heart of it all, we will pay overtime when you log more than eight driving hours on any given day.

Our drivers certainly deserve it, and as a matter of fact, every driver deserves it.
Don’t settle for less, give us a call, and come share in our success!

Alaska Trucking We’ve told the story from our perspective, about how we sent a truck to Alaska in January. But the better story comes...

Are Truck Drivers Paid Enough - Our take on the problem The average full-time workweek for an adult in the United States is 34.4...